Posted by pckletchka at 12:40 PM No comments:
Email ThisBlogThis!Share to TwitterShare to FacebookShare to Pinterest
Labels: awesome, funny

Monday was the first day of deer season here in central PA. Schools were closed for the occasion. And the first 3 sentences of this sketch were stuck in my head the entire day.
Posted by pckletchka at 11:39 PM No comments:
Email ThisBlogThis!Share to TwitterShare to FacebookShare to Pinterest
Labels: funny, PA life

Posted by pckletchka at 6:19 PM No comments:
Email ThisBlogThis!Share to TwitterShare to FacebookShare to Pinterest
Labels: Monkey1

Being the slave to Internet trends that I am, I've decided to move the blog over to Tumblr. I like the interface and some of the additional options it gives me, but mostly I'm moving because "Tumblr" has replaced "blog" in the vernacular. As with nearly everything else, I am pckletchka there, but I will use my personal address of paulcarlisle.kletchka.net to maintain some continuity. Most of the old posts have migrated over, but a few were left behind out of vanity. Everything will remain in the old locations, though, until I'm forced to take them down or the Tubez come to an end.

Posted by pckletchka at 9:00 AM No comments:
Email ThisBlogThis!Share to TwitterShare to FacebookShare to Pinterest 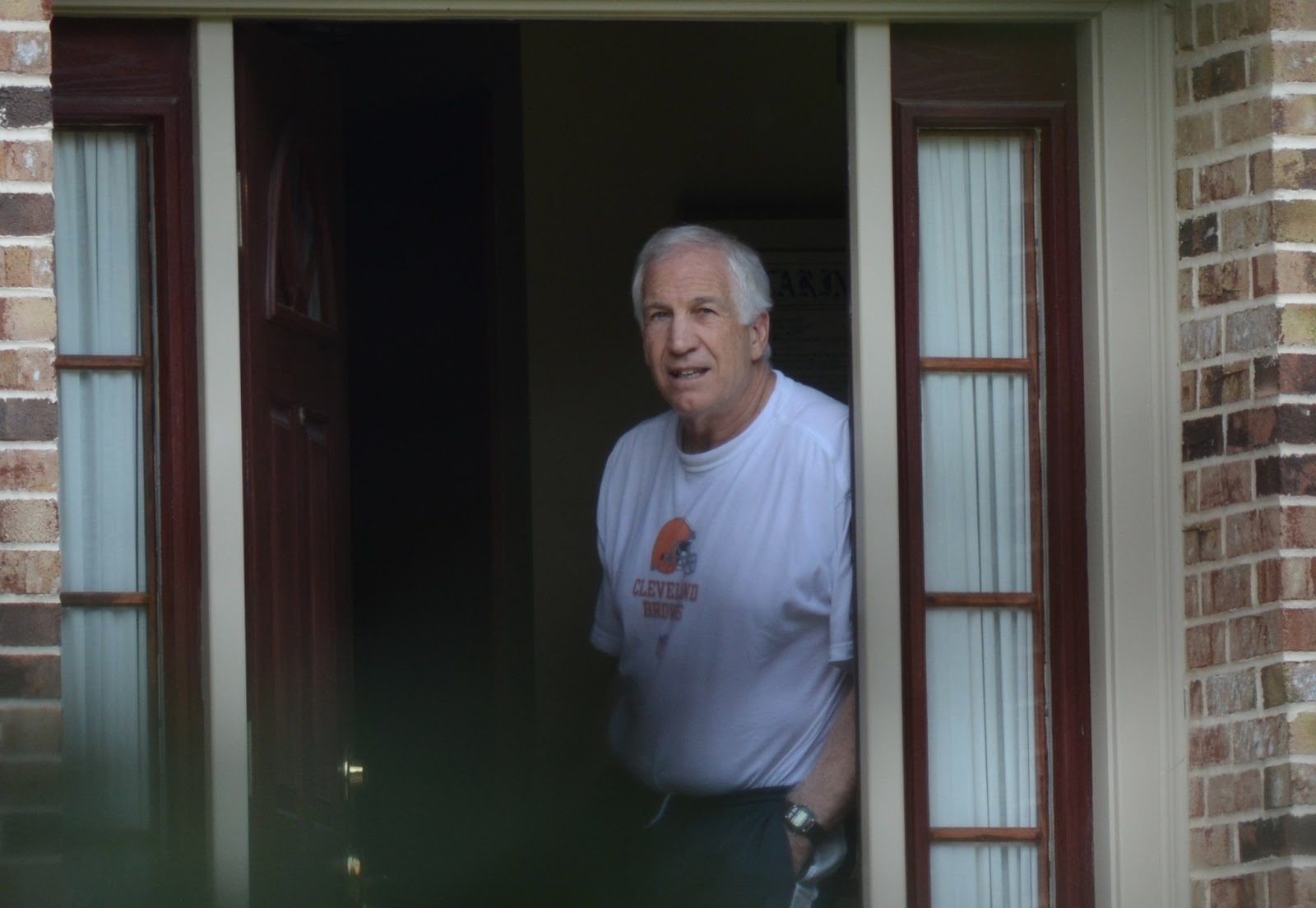 Joe Amendola did what he was hired to do. He kept Jerry Sandusky out of jail as long as he could. Seven months...

Seven months of further hell for the young men who came forward, wondering how Sandusky and Amendola would smear them in the press, wondering if their names would be spread far and wide if they had to take the stand. Fear that their bravery in coming forward may have been in vain. Fear that they would again be powerless. And for those poor souls who couldn't speak up, seven months of their alleged abuser on the news all the time - reminding them of the pain they suffered.

Seven months of anguish for our community. We've all been painted with this broad brush, labeled football cultists who couldn't possibly mete out justice in this case. Let me tell you - people here yearn for justice to be served. Sandusky's supporters who have been in court every day are the extreme exception to the rule, and they will likely pay for their loyalty to Jerry with ostracism by this community.

Sadly, the anguish won't end with Jerry going to jail. Respected leaders in our community failed us. They failed us horribly. I foresee criminal and civil lawsuits raging for many years because of this scandal, and with every new revelation the wounds we have suffered will painfully reopen, again and again.

And through all of this, Jerry will continue to live his delusional dream that his life was about helping people. As the people of this area struggle to dig out of the wreckage from the Sandusky/Amendola slash and burn campaign that stopped at nothing to delay the inevitable conclusion of having no defense to speak of, Jerry will sit in his cell and see himself as a martyred saint.

But oh, how Jerry will cherish those last seven months of freedom. Seven months of playing with Bo out on the deck and watching the children on the playground. Seven months of constant reminders of those "precious times" he had with all of those young people, named and unnamed. Seven months of having no responsibility but that of enjoying each day as though it was his last, blowing through hundreds of thousands of dollars of his former charity's insurance money. That charity he claims to have started to help kids, but eventually abandoned and then violated--no longer able to help anyone but Jerry by paying his legal bills because of the insurance policy he fought like hell to make sure would be enforced. How fitting.

Can I be 100% certain of all this? Of course not. Could there be a hung jury, or even an acquittal? I'd say there is a minuscule chance of that. As Jerry is taken to the courtroom to hear the verdict, perhaps the thing to look for is black vehicles outside, carrying Federal agents prepared to arrest Sandusky should he walk out of that courthouse a free man. Think of Federal charges as our insurance policy. Let us hope that we don't have to file a claim.

And for those of you who knew about this situation and did nothing -- let alone tell my wife and I as we unknowingly started a family next door to this nightmare -- don't expect my mercy or understanding. You shoulder the blame for this tragedy along with the man you protected with your silence.
Posted by pckletchka at 12:22 AM No comments:
Email ThisBlogThis!Share to TwitterShare to FacebookShare to Pinterest
Labels: angry, disgusting, Sandusky
Newer Posts Older Posts Home
Subscribe to: Posts (Atom)